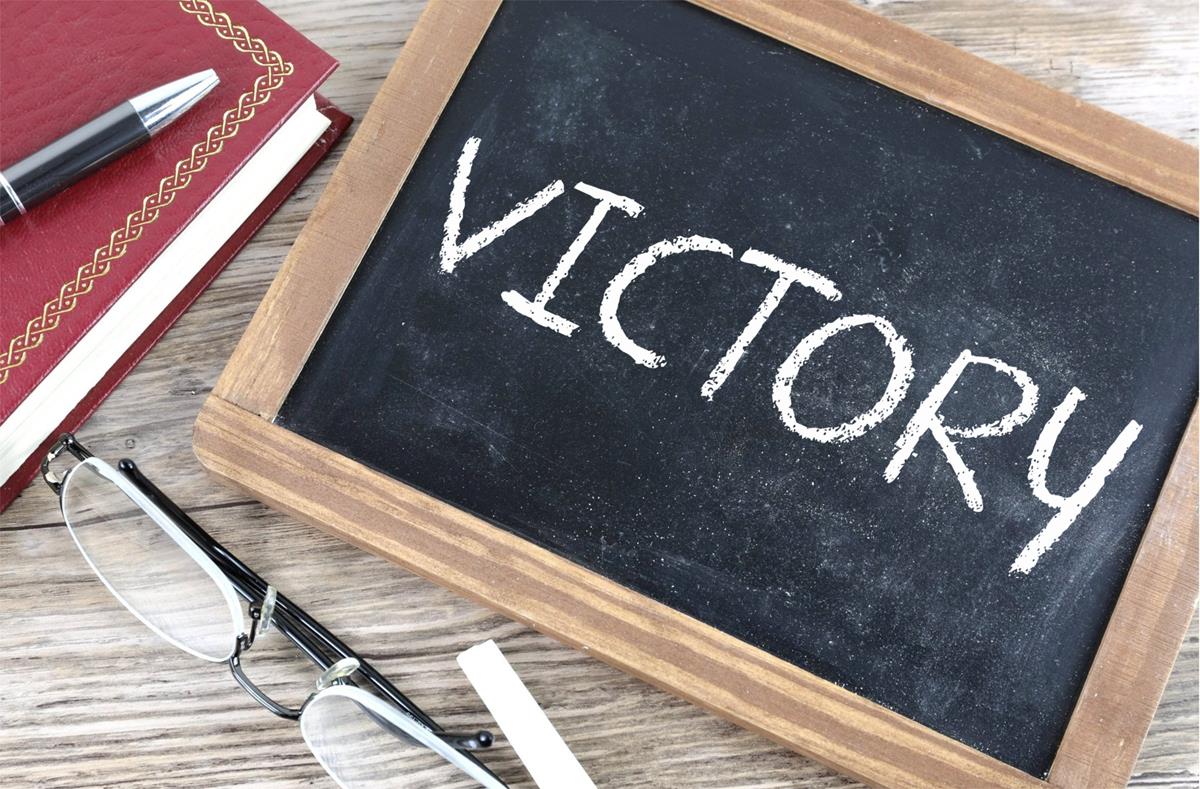 I am not a fighter.  In fact, I am normally a calm cool and collected kind of person and not the type to get easily rattled.  In grade school, junior high, and high school, I worked hard to help people get along with each other, and still today, I am not the kind of person that goes around looking for fights, but when it comes to my spiritual life, there is no choice.

To be a Christian means that we are involved in a spiritual warfare, between God, His people, and the forces of evil.  The forces of evil– our enemy today– is Satan himself.  Satan, who is also known as the devil, is the one that leads the forces of evil against God’s children.  It is important to know that the devil is not a funny cartoon character dressed in red leotards like the world portrays in pictures. The devil is a spirit, he is real, and he is our enemy.  Sadly, I see the devil winning too many victories against young people today.  The devil is destroying young and older people alike by offering what seems to be a right way.  I am here to tell you that the devil’s way always leads to destruction.  The devil is tearing apart friends and families, he is taking the life blood out of those who believe, and he is destroying young souls.

You might ask, “What should we do about this?”  My answer to you is it is time to stand up and fight back!  Yes!  Fight back in the name of Jesus, by the power of His Holy Spirit working within us, and by the blood of the Lamb!  It is time for each of us to take a stand and tell the devil to get lost!  God is calling all His people to become a warrior for Christ.  It is a fight to the finish with life and death hanging in the balance.  Heaven or hell is at stake.  You might say, “But I didn’t sign up for war! I thought being a Christian was love, joy and peace.”  You are right, Jesus gives us those things, but we have an enemy that wants to steal our love, joy, and peace.  This warfare is not a literal warfare but it is a spiritual warfare.

“18 This charge I commit unto thee, son Timothy, according to the prophecies which went before on thee, that thou by them mightest war a good warfare;”

Paul told Timothy he was in a warfare and he wanted Timothy to fight a good fight – to be a good warrior.

“12 Fight the good fight of faith, lay hold on eternal life, whereunto thou art also called, and hast professed a good profession before many witnesses.”

Here Paul told Timothy he wanted him to fight the good fight of faith.

If I woke up in the night to find a thief in my house, I wouldn’t greet him and say,” Welcome to my home.  Let me show you to my valuables and I will help you out the door with it.”  It would be ridiculous for me to do this.  Instead, I would be upset and demand the thief to leave my home immediately. I would use whatever force necessary to get this intruder out the door. I fear too many young people today allow the devil to make an inroad into their “heart house” (spiritual term for heart).  They are listening to the devil and giving him part of their life.  But God wants us to tell the devil, “Get out!  Shut the door behind you!  And don’t come back!”

Who is the devil and what is his work?  The devil has been around for thousands of years.  He can think, listen, communicate, act, and react.  Let us go back to the beginning to learn more about the devil and his evil ways.

“Now the serpent was more subtil than any beast of the field which the Lord God had made. And he said unto the woman, Yea, hath God said, Ye shall not eat of every tree of the garden?

2 And the woman said unto the serpent, We may eat of the fruit of the trees of the garden:

3 But of the fruit of the tree which is in the midst of the garden, God hath said, Ye shall not eat of it, neither shall ye touch it, lest ye die.

4 And the serpent said unto the woman, Ye shall not surely die:

5 For God doth know that in the day ye eat thereof, then your eyes shall be opened, and ye shall be as gods, knowing good and evil.”

Here we see the devil was interacting with the woman.  He was trying to change her mind and to persuade her to doubt that what God told her was true.  The devil was listening, he was thinking, he was communicating.  What we find here, and we will find in all the works of the devil is that he is a liar.  The devil is in conflict against God.  The devil was in the garden from the beginning and when the devil came to the woman in the garden his purpose was to confront and challenge her belief in God.  In Genesis 2:17, after God created the first man and woman, Adam and Eve, He commanded them both not to eat from a particular tree in the garden.  The devil was trying to influence Adam and Eve against what God told them to do and that is exactly what he has been trying to do for thousands of years.  The devil has many names throughout the Bible.  He is called the accuser, our adversary:

“8 Be sober, be vigilant; because your adversary the devil, as a roaring lion, walketh about, seeking whom he may devour:”

“30 Hereafter I will not talk much with you: for the prince of this world cometh, and hath nothing in me.”

He is called tempter, serpent, the wicked one and his job is to oppose God’s righteous people.  I believe the devil hates young Christians that love God.  The devil is endeavoring to oppose God’s young people and influence them toward a path of destruction.

“ 1 And he shewed me Joshua the high priest standing before the angel of the Lord, and Satan standing at his right hand to resist him”

In the first verse of Zechariah 3, we see how the devil is in place resisting Joshua the high priest before the angel, but the second verse shows us how God handles Satan and He wants us to do the same.

“2 And the Lord said unto Satan, The Lord rebuke thee, O Satan; even the Lord that hath chosen Jerusalem rebuke thee: is not this a brand plucked out of the fire?”

Satan is endeavoring to resist us.  The Bible teaches us that he contends with the saints or wars with the saints.  In other places of the Bible, we read that Satan ruins the soul and the body.  He blinds the minds of unbelievers and works against God’s good young people and saints of God.  Satan’s goal is to destroy you and ultimately cast your soul into hell.  Because of Jesus we have the power to defeat Satan today.  We do not need to let the devil enter our lives and destroy us with sin, drugs, alcohol, or other things that destroy the lives of people today.  The devil wants to destroy us, but God wants to save us, and give us the power to defeat the devil.

“14 Forasmuch then as the children are partakers of flesh and blood, he also himself likewise took part of the same; that through death he might destroy him that had the power of death, that is, the devil;”

Jesus died on the cross and through the power of His blood he destroyed the power of the devil.  When we give our lives to Jesus, He gives us the power to defeat the devil and live victoriously every day.  How do we fight the devil?  Do we hold our breath, close our eyes, and do jumping jacks?  No!  We must resist the devil with all our might!

Remember the story of Joseph, and how he was tempted to do something horribly wrong and against God?  It was Satan that brought the temptation, but because of the power of God within Joseph, he was able to resist the temptation, flee from it and hence, did not sin.  I believe this story is in the Bible for us as a record for instruction as to how we can defeat the devil.  It is our duty, not only to avoid the things that are sinful, but also avoid the things that lead to sin.  Joseph did not know he was going to be tempted but the temptation did come.  Before a person commits sin, there is always a temptation.  The temptation itself is not the sin but it is the testing point for sin.  Joseph had no idea his boss’ wife would try to tempt him, but if Joseph had given into the temptation and chose not to flee from it, he would have committed sin.  Are you ready to stand up and fight the devil?  God is calling all Christians to stand and tell the devil to get lost!  Will we do this, or will we let the devil lead us into temptation and then to sin?

“8 He that committeth sin is of the devil; for the devil sinneth from the beginning. For this purpose the Son of God was manifested, that he might destroy the works of the devil.”