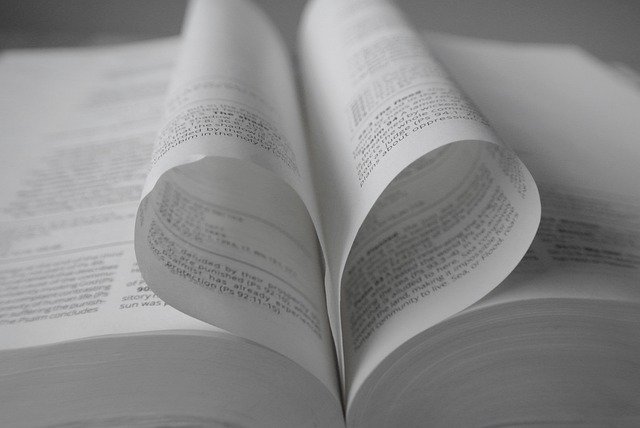 “2 Behold, God is my salvation; I will trust, and not be afraid: for the Lord Jehovah is my strength and my song; he also is become my salvation.”

Thank God we can trust in Him and His plan for us.  Unfortunately, the ability to trust does not come easy for some people.  Especially if one’s trust for authority was broken or injured early in life.  Sadly, some children are mistreated by the adults that were supposed to love them.  This robs a child of the hope God naturally gives to them.  These children become young people or adults that have a hard time trusting.  For others, hard times may come to a family.  Here in the U.S., we have entire families that are homeless, and life is very difficult for the children involved.  It is hard for them to keep up their studies or be consistent in their attendance at school.  People may judge them unfairly as having no potential, and the very people that should help these families will not give them their time.  So, these families and children find it difficult to believe people really care.  Many different situations could arise that might affect someone’s ability to trust.  But I want you to know that it does not matter what your background is, how you were raised, where you grew up, or what your circumstances are is in life, God and His promises are available to whoever will accept Him as their Savior.

“15 That whosoever believeth in him should not perish, but have eternal life.”

This is Jesus speaking and the word whosoever means anyone. So, Jesus promises eternal life to anyone who will trust and believe in God’s word.

Let us look to the Bible for an example of someone who because of her situation her people rejected her, but God in His mercy had His eye on her the whole time.  Before we start, I will give you a little background.  The reading is about a man named Elijah.

Elijah was a prophet of God in the Old Testament.  During this time, King Ahab wanted to kill Elijah.  So, under God’s direction, Elijah went into hiding.  God was watching over Elijah and made sure he had food and water to sustain him.  God led Elijah to the brook that provided water and sent the birds to bring him food, but Elijah was not the only one God was watching.

“7 And it happened after a while that the brook dried up, because there had been no rain in the land.

8 Then the word of the Lord came to him, saying,

9 “Arise, go to Zarephath, which belongs to Sidon, and dwell there. See, I have commanded a widow there to provide for you.”

So, we find that God sent Elijah to a widow.  A widow is someone whose spouse has passed away.  Maybe young people about now you are thinking, “Why do I need to hear about this woman?  I am not married.  I’m not even old enough to think about being married, so what do I have in common with a widow?”

Let me explain.  We must be able to take the scriptures and see how we can apply them to our lives today.  If we cannot draw help from the scriptures, and the examples in the Bible that somehow relate to us today, then these readings become nothing more than historical stories.  This is not what God intended.  The Bible is for us to learn how to make heaven our home and live a victorious life in Christ.  So, we meditate on the word and God reveals to us the mysteries.  As we continue to read, I hope to show you that we might have more in common with the widow than you may realize.

“10 So he arose and went to Zarephath. And when he came to the gate of the city, indeed a widow was there gathering sticks. And he called to her and said, “Please bring me a little water in a cup, that I may drink.”

11 And as she was going to get it, he called to her and said, “Please bring me a morsel of bread in your hand.”

12 So she said, “As the Lord your God lives, I do not have bread, only a handful of flour in a bin, and a little oil in a [a]jar; and see, I am gathering a couple of sticks that I may go in and prepare it for myself and my son, that we may eat it, and die.”

In verse 12, the widow says to Elijah, “as the Lord your God lives”, which means she recognized Elijah as a prophet or a servant of God.  But she herself was a gentile in a gentile city.  The gentiles did not have the same respect for widows that God commanded Israel to show. This woman was in despair, and this was a very difficult time for her.  The widow was planning to prepare the last bit of food for her and her son and then she and her son would lay down and die.  She had come to the end of herself and there was nothing more she could do.  She was without hope and there was no one to save her.  No husband, no friend, no family, no one came to her aid.  Everything good in life was taken from her.  Because she was a widow the people of the city rejected her and her son, but God’s eye was upon her.  She was not looking for God, but God saw her the entire time and sent His prophet.  Remember in verse 9, God spoke to Elijah and said it would be a widow who would sustain him?

This widow was in an interesting situation.  Planning to fix their last meal a strange man approaches her and asks for food.  Can you imagine how she felt knowing all that was left, was for the two of them to die?

“13 And Elijah said to her, “Do not fear; go and do as you have said, but make me a small cake from it first, and bring it to me; and afterward make some for yourself and your son.

14 For thus says the Lord God of Israel: ‘The bin of flour shall not be used up, nor shall the jar of oil run dry, until the day the Lord sends rain on the earth.”

Now, remember, there was a drought in the land, and it caused a famine.  We could say this widow was in a dry and desolate place.

Have you been there before?  Maybe you are there now?  Discouraged with the course life has taken, without hope for a future that is worth living?  Possibly in despair and believing no one really cares.  Is your soul a dry and desolate place, hungry for true love?  I have been there.  The choices I made causing me to go deeper and deeper into that pit of sin.  I did not know that I would go as deep as I found myself.  No one ever thinks they will.  Rejected by people that were supposed to love me.  My soul became such a dry and desolate place.  Maybe you know what I am talking about.

Then one day I believed God could save me.  I had heard God could before when I first heard the truth about Jesus’s plan for us, but I had a hard time believing and trusting.  I had to trust God with my future and that was scary!  What if I failed?  What if it was too hard to live holy?  But God mercifully and patiently dealt with my soul.  He found me where I was and compelled me with His love.  Until one day I could believe and trust Him with my life.  In an instant, God changed me and He can do this for you too.  God put the pure hope of a child back into my life!  It was truly a miracle.  After God saved me, my brothers said to me, “We thought there was no hope for you.”  It was a miracle for my family too.

Or maybe you’ve been saved for a while, and you are in a hard place in life.  A test of life weighs heavy on you, and the devil is trying to use the situation to steal your hope.  I have good news for you, just like this widow God has not abandoned you.  He has His eye on you!  You are special to Him, and he is calling on you to trust Him, and believe His promises.  He has grace for you, and He can sustain you with joy through this difficult place.

I have been there too.  Just recently, an illness threatened my life, and the devil tried to steal my hope and take my joy, but thank God for the prayers of His people.  God’s grace is sufficient, and I have joy in the trial.  I have hope in the situation, my soul is satisfied, and where it was dry, rivers of joy are flowing!  Let us finish reading our text.

“15 So she went away and did according to the word of Elijah; and she and he and her household ate for many days.

16 The bin of flour was not used up, nor did the jar of oil run dry, according to the word of the Lord which He spoke by Elijah.”

The widow was brave.  She trusted God’s prophet and believed.  Elijah’s God became her God, and they never went hungry.  Will you be brave today?  Believe God and trust in His word.  If you need salvation, He is waiting, if you need grace to sustain you in the trial, He has that too.