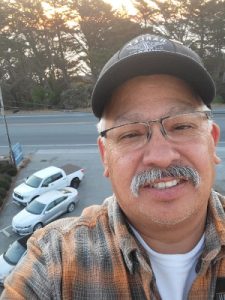 During a series of messages on the Christian based 12-step program, Joe Molina often provided his testimony of how he overcame addiction. And as he did, his testimony resonated in a very personal way with others that were listening. This is actually a very important part of reaching others who are struggling with any addiction. By including those who have already overcome, there is a special inspiration that is shared, that can give hope and cause faith to begin to take hold within the hearts of those who need it most.

From a child, Joe was raised around a church environment where preaching from the scriptures was often heard. But his childhood life was impacted by a trusted Sunday school teacher at church who molested him. This emotionally painful memory, associated with deep bitterness and mistrust, would continue with him into adulthood. And as the years would go by, he would begin to develop an addiction to alcohol as he sought relief from the hurts of the past. And then his alcoholism would begin to negatively affect many of his own relationships, and other aspects of his life.

There came a point in his life where he came to a strong conviction that he needed to change. He first began to seek the Lord for the forgiveness of his own sins, and the Lord was merciful to save him and change him. But he still would feel a deep pain inside because of the shame of what happened to him as a child.

Later he heard about how other brothers who had overcome a painful past through the help of a christian-based 12-step program. And with this purpose to overcome that shame, Joe decided to take part in the 12-step program himself. He found the process humbling, but also providing him enormous deep healing.

Not only was he able to overcome the shame, but he also developed trusted relationships with other brethren that helped him. These trusted relationships have continued to be a strength and a help to him throughout the rest of his life. And now he too has been enabled to become a committed and trusted friend to others who are in need of that similar help.