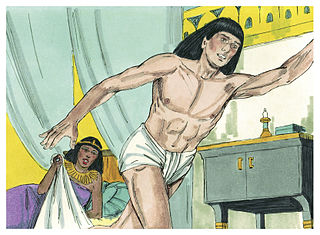 “What does the Bible Say to a young person about sexual temptations?’

The Law of Moses clearly describes God’s design for sexual expression, and the restrictions He placed on sexual expression protect the purity of that design.  God’s boundaries on sexual expression also protect us from physical and emotional harm.  Part of His design on purity is God’s expectation for us to remain pure until we marry.  This expectation means that sex before marriage is a sin.  So let’s consider this thought for a moment; keeping ourselves until we marry also keeps us holy, and God is pleased.   The following scripture shows us how God feels about sex before marriage and marriage itself.

“4 Marriage is honourable in all, and the bed undefiled: but whoremongers and adulterers God will judge.”

Understanding that God finds marriage honorable but frowns on adulterers, we can learn from this verse that sex before marriage will ruin a Christian’s testimony and separate us from God.  The truth is our purity goes hand in hand with holiness.

The Bible refers to sex before marriage as fornication.  The word, fornication, is found in the Bible many times, and in fact, the Bible teaches that God looks upon fornication and adultery unfavorably.  These behaviors do not correspond with God’s design for purity in His church, but many young people are indeed tempted with this sin in particular.  So how do we handle sexual temptation when it comes to us?  First, let’s understand how temptation works by giving a basic understanding of the word tempt.

What does tempt mean?  For this lesson, we define the word tempt as enticing one to commit an unwise or immoral act.  We could also say it means something that seduces or entices us, which gives meaning to the word temptation.

Did you know there is always a temptation before someone chooses to sin? Temptation is not a sin, but it is the testing point for sin.  For example, I could be tempted to do something I know is wrong, but if I don’t do it, I am not heeding or giving in to the temptation, which means I did not sin. But thank God He is faithful to always send a warning to us, so we can recognize the temptation and avoid sinning.  If God can do this for us with other temptations, doesn’t this mean He can give us power or a way to escape sexual temptations?  The answer is yes!

Let’s revisit the topic of this discussion again.  So, what does the Bible say about sexual temptations to a young person?

“18 Flee fornication. Every sin that a man doeth is without the body; but he that committeth fornication sinneth against his own body.

19 What? know ye not that your body is the temple of the Holy Ghost which is in you, which ye have of God, and ye are not your own?

20 For ye are bought with a price: therefore glorify God in your body, and in your Spirit, which are God’s.”

Beginning with Corinthians chapter 6, verse 18, the Bible tells us to flee fornication.  Remember the previous topic about boundaries for our bodies?  When someone confronts you pushing the Godly limits you have in place for your body, they shouldn’t and, you can flee the situation.  Getting quickly away from the temptation is exactly what a young man named Joseph did, and his story is recorded for us in the Bible.  The good news is if Joseph fled temptation, you can do it too.

Joseph was a very young man when his boss’s wife tried to force him to commit adultery with her.  Joseph was not her husband and she had no business initiating intimate relations with him. Joseph knew she was wrong, and her behavior was not in line with God’s commands.  The woman confronted Joseph with a sexual temptation, and he wasted no time removing himself from her presence!  He ran away so fast that he left his jacket behind!  God wants us to flee just like Joseph when the enemy tempts us with something of a sexual nature or any temptation.  Joseph obeyed God and refused the woman.  He did not play with the situation, and Joseph escaped the temptation, immediately choosing to run from her.  Young people need to do the same today.  When tempted to do something wrong or sin against God, we need to flee the situation.

“6 And he left all that he had in Joseph’s hand; and he knew not ought he had, save the bread which he did eat. And Joseph was a goodly person, and well favoured.

7 And it came to pass after these things, that his master’s wife cast her eyes upon Joseph; and she said, Lie with me.

8 But he refused, and said unto his master’s wife, Behold, my master wotteth not what is with me in the house, and he hath committed all that he hath to my hand;

9 There is none greater in this house than I; neither hath he kept back any thing from me but thee, because thou art his wife: how then can I do this great wickedness, and sin against God?

11 And it came to pass about this time, that Joseph went into the house to do his business; and there was none of the men of the house there within.”

12 And she caught him by his garment, saying, Lie with me: and he left his garment in her hand, and fled, and got him out.”

We learned that Joseph not only refused but fled from the married woman as he would have done if someone was trying to kill him!  Joseph’s quick action is doubtless recorded for the instruction of all.  It is our duty not only to avoid those things that are themselves sinful but also those things that lead to sin.

Temptation was something Jesus knew we would all experience.  He showed us how to pray so we could avoid falling into temptation.

If we sincerely ask God to deliver us from evil in our prayers and practice being watchful over our circumstances in an effort to guard our purity, God will be faithful to us.  Sometimes, however, the temptation will confront us, as it did in Joseph’s case.  When this confrontation presents itself it is our responsibility to turn away and flee.

The Apostle Paul was clear on how God sees fornication, as we read in the following verse.

“3 For this is the will of God, even your sanctification, that ye should abstain from fornication:

4 That every one of you should know how to possess his vessel in sanctification and honour;

5 Not in the lust of concupiscence, even as the Gentiles which know not God:”

He teaches us that we need to possess our bodies as honorable to God.  So, watch and pray as Jesus taught to avoid tempting situations.  If temptation should confront you, flee as Joseph did and keep your purity as God designed for his people.  All this is precisely how we keep our bodies holy before God.