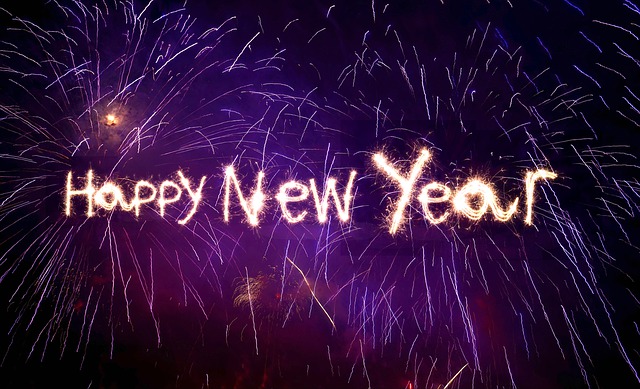 I will start this New Year’s lesson by asking you a question, and I want you to think about it before you answer.  If you could relive 2021, would you do some things differently?  Well, I’ll give you my answer, and that answer is yes!  As we come to the end of the current year and the beginning of a new one, we often think about what happened in the closing year.  And we ask ourselves questions like, could I have done some things differently or better?  Maybe you were hoping to pass a test at school this year but failed.  Or, maybe there were other things you were hoping to get done this past year, but you couldn’t do it due to time and other situations.  So let’s talk about some things we can do to give us a good and fresh start this New Year.

One thing I want to encourage you to do right now, young people, is to let go of the failures from this past year – forget them!  And let’s move on into the New Year.  If you don’t get anything else I say this morning, I want you to understand this; God is much more interested in your future than in your past.  Some people think God is focused on their past and all He wants to do is remind them of the things they did wrong.  But I want to share with you today that God is far more interested in your future.  In fact, God says, forget about your past, and look at the new things I want to do with you!

So for us to make a fresh start, we must stop doing some things and start doing other things.

“13 He that covereth his sins shall not prosper: but whoso confesseth and forsaketh them shall have mercy.”

The Proverb writer tells us that if we don’t admit we’re the problem and cover things we know are wrong, we will not prosper.  So if you didn’t meet your goals for the past year, the first thing to do is stop blaming others.  We can’t blame other people when we fail a test if we don’t study.  It’s often hard for us to look at ourselves and admit the problem is us; or that we need to do something about the situation so we can be better for God.

The second thing we need to do is start planning.  Many people think they will be successful in the new year, but they don’t have a plan.  The Bible shows us that when people planned, they were successful.  Let me give you an example.  When God told Noah it would rain, the world had never seen rain before.  Still, God gave Noah instructions to plan for the rain to come.  But when Noah began to build the ark, the rain still hadn’t come yet.  Not until 20 years after Noah started the project to God send the rain.  But Noah was successful because he followed God’s plan.  If you fail to plan, you are planning to fail.

“5 A fool despiseth his father’s instruction: but he that regardeth reproof is prudent.”

As we grow up, we might think that we don’t need to listen to our parents, but the Proverb writer is telling us that we are the fool if we don’t.  The writer also tells us that because we don’t listen to others, there is something we can expect to happen.  Let’s read.

“18 Pride goeth before destruction, and an haughty spirit before a fall.”

The warning from the writer here is that if we think we are too smart to listen to our parents, teachers, and ministry, get ready because our pride will lead to a fall.  Let me challenge you to enter the new year with a humble heart and listen to the advice of others.

The next point to discuss is if we give up too soon, we will fail this new year.  Let me share with you my experience as a young person.  Giving up too soon is something I faced as a youth and had to overcome.  When I was about 10, 11, and 12 years old, if it was too hard to learn what I was working on, I gave up.  I had to learn that if I didn’t get it right the first time, the second, or the third time I had to keep going until I got it.  So, I finally understood that I would be successful if I continued.  When facing adversity, the temptation is to throw up our hands and say, what’s the point?  I can’t do this!  For example, maybe you are trying to pass a math test, and it isn’t easy.  The temptation is to say, I can’t, and quit.  The solution is to keep going until you do it!

“10 If thou faint in the day of adversity, thy strength is small.”

You could also say it t his way: If you give up when troubles come, it shows weakness.  We will face obstacles in the new year, just as we did in the past year.  But I want to encourage you that if you face obstacles, don’t give up.  Go at it again!  Get some advice and help if needed, and then go at it a third time.  Because if at first you don’t succeed at something, you’re normal, and that’s how life is.  As humans, I’ve learned that sometimes we give up when success is right around the corner.

So this new year, to be successful, stop making excuses!  Quit blaming someone else and take your responsibility.  Put together a plan for your future because if you are failing to plan, you are planning to fail.  Listen to others.  Listen to those who were also young people before, and listen to their advice.  The fourth thing, don’t give up and keep going until you find success!  Happy New Year, young people, and God bless you this 2022!