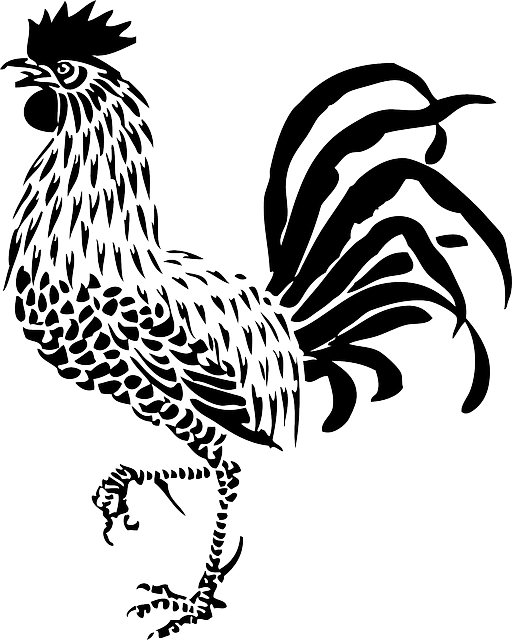 Today, I want to introduce you to Jesus’s disciple Peter, and then I want to use his story as a lesson about what we shouldn’t do in our Christian walk.  You see, as we serve God, we need to carefully guard our Salvation because we have an enemy who wants us to fall away from Christ. The enemy of our souls, if he can, will destroy us by moving us away from God.  Let’s continue and see what we can learn from this part of Peter’s life.

Peter was a man who had great words.  Before Jesus came into his life his name was Simon.  Peter’s father, Jonas, raised him to be an expert in the occupation of a fisherman.  So as men, Peter and his brother Andrew became partners with John in their own fishing company.  He was about 30 to 40 years old at this time in his life.  Before he became a disciple of Jesus, Peter was a disciple of John the Baptist.  Until one day, Jesus saw Peter and called him.  He loved Jesus and Peter became what one might call a lead disciple.   You can find Peter’s name noted first in every list of the Apostles found in the Bible.  However, Peter was impulsive and tended to speak out often, and in his early Christian experience, he could not back his words up with his life.  Durning this account in Matthew 26, Jesus was speaking to His disciples as He often did.  But this time, Jesus told them of  His crucifixion and about all the other awful things He would have to endure in the days to come.  Jesus said people would leave him and reject Him, then Peter said,

“33 Peter answered and said unto him, Though all men shall be offended because of thee, yet will I never be offended.”

So, we see, as Jesus spoke of the awful circumstances to come, Peter, announced, “I will never be offended by you, Lord, and I will remain close to you!”  Peter boasted about what he would do when these things happened.  When we are with Jesus, we need to be very careful that we move towards Jesus and not away from Him. We can’t serve God on our own; we need Jesus as our Lord and Savior to walk beside us, giving us strength and help every step of the way.  Peter thought highly of himself and believed he was strong enough on his own, but Jesus had a shocking response for Peter.

34 Jesus said unto him, Verily I say unto thee, That this night, before the cock crow, thou shalt deny me thrice.

Yet, in the following verse, we find Peter defending himself and again boasting of his capabilities.  But we really never know what we will do in any situation.  This is why we must remain humble and stay close to Jesus.

“35 Peter said unto him, Though I should die with thee, yet will I not deny thee. Likewise also said all the disciples.”

Peter told Jesus again, “I will never deny you!”  As we walk through the rest of this story, we will see what happens with Peter right before Jesus’s crucifixion.  In this part of the story, Jesus was heavy and very burdened, so he went into Gethsemane’s garden to pray.  Jesus told the disciples to watch for Him while he prayed.  In the most challenging time in Jesus’s life, under a weighty burden, Jesus returned from praying to find His disciples sleeping.

“40 And he cometh unto the disciples, and findeth them asleep, and saith unto Peter, What, could ye not watch with me one hour?”

First Peter told the Lord, I won’t deny you, then in the garden, we see Peter showed no concern for the burdened Jesus.  More than once, Jesus would find His disciples sleeping when He asked them to watch.  The last time Jesus would pray that evening, he rose from His knees to see a crowd of people approaching Him.  This crowd came to take Him captive, and as they laid hands on Jesus, one of the disciples drew their sword and cut the guard’s ear off.  We are reading in Matthew, but if you turn to the book of John and read the same story, we find the person that drew his sword and cut off the guard’s ear was Peter.  Peter acted out of rashness and anger, and Jesus had to tell Peter to put his sword away.

Young people remember that we win spiritual battles by spiritual means and not anger.  We are learning that Peter became lifted up with pride, showed no concern for Jesus in his need, and then acted out of anger.  As we move through the story after they took Jesus captive, we also learn that Peter was afraid and concerned about what people would say or think about him, which caused him not to follow Jesus closely.

“58 But Peter followed him afar off unto the high priest’s palace, and went in, and sat with the servants, to see the end.”

The scripture teaches us that Peter followed Jesus afar off.  Meaning, he joined himself to the crowd and took the easy way out.  I am sure Peter was looking at what the people were doing to Jesus and thought, I hope this doesn’t happen to me.  Peter was fearful, and Jesus was going through His most challenging trial.  People were accusing Jesus of things He didn’t do, and the situation was growing intensely dangerous.  Yet, Peter sat outside and watched Jesus from a distance.

“69 Now Peter sat without in the palace: and a damsel came unto him, saying, Thou also wast with Jesus of Galilee.

70 But he denied before them all, saying, I know not what thou sayest.”

We find here that a young woman confronted Peter, asking if he was with Jesus, and Peter denied saying, “no, no, I don’t know him at all.”  Now, let’s look at what happens in verse 71.

“71 And when he was gone out into the porch, another maid saw him, and said unto them that were there, This fellow was also with Jesus of Nazareth.”

Peter moved so far away from Christ that now he was denying he even knew Him.  In Matthew 26: 72, people begin to challenge Peter’s denials, saying, “we surely saw you with Jesus.”

Peter rejected Jesus again, and in verse 73, the people rechallenge his denial.

73 And after a while came unto him they that stood by, and said to Peter, Surely thou also art one of them; for thy speech bewrayeth thee.

In verse 74, we see what Peter eventually did to completely separate himself from Christ.

“74 Then began he to curse and to swear, saying, I know not the man. And immediately the cock crew.”

So we learned that Peter, who proclaimed, “Lord, I will never leave you!” who thought of himself as higher than others and wanted to do things on his own, was also prideful.  Then Peter did not show concern for Jesus’s needs in the garden, and he finally acted out of anger or rashness.  Peter allowed fear of others and what they would say to take over him, and this fear drove him farther and farther away from Jesus.  Peter eventually became so far away the fear caused him to deny Christ.  And this denial did not happen once or twice but three times, just as Jesus had said it would.  On the third time, Peter began to curse and swear, fully separating himself from Jesus.

Young people, I challenge you to take a lesson from Peter’s story.  Because when Peter became lifted up in pride, he found himself on a path that moved him away from Christ and not closer to Christ.  And moving us away from Jesus is the devil’s plan.   But God is calling each one of us today to come closer and to draw near.  We should be thinking about each of our actions and ask, does this action draw me closer to Christ, or does it draw me away from Christ?  Thank God Peter immediately remembered the words of Christ and was very sorrowful.