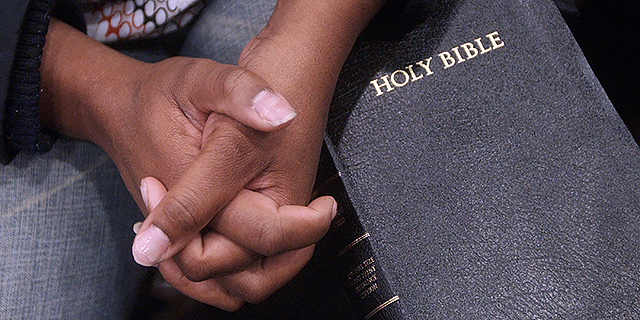 First, I will share a little bit of my testimony.  At times a young person might look at an older person and think that older person was probably never young, but we, older folks, were once your age before.  I was also 12 years old, 14 years old, sixteen years old, and the devil challenged and tempted my spirit just like he does yours.  I had to learn as a young person how to resist the devil and tell him to get thee behind me, Satan.  I had to practice fighting the devil until it became a habit.

A habit is an acquired behavior that one regularly follows until it becomes involuntary.  We all have habits.  Some habits are good to have, like getting up and out of bed early every day, and some are bad habits that we need to avoid.  Habits do not just happen overnight.  Habits are acquired slowly, layer by layer, by practicing a behavior over and over again.  For example, I learned to play the piano as a young person, but the first time I sat down at the piano, my brain did not know how to make my fingers do what they needed to do.  I had to train myself to make my left hand go up and down the keyboard and then teach my right hand to go up and down on the other side simultaneously.  Finally, playing the piano became a habit.  So, yes, today I can play the piano by habit, but I learned by practicing the steps over and over again.

Here the Apostle Paul taught the Thessalonians that prayer should continue without ceasing.  We need to practice prayer in the same way.  Prayer is our lifeline to God and should become a habit that we do every day.  Avoiding gossip is another habit God’s people should practice.  We should all practice the habit of walking away from conversations that involve negatively talking about others.  Unfortunately, talking about others becomes a bad habit too quickly for some people.   Let’s look at what the Bible teaches us about gossip.

God does not want us to be a talebearer.  A talebearer is a person that hears something negative about someone else and feels immediately compelled to share it with another.  As humans, we are naturally curious about others.  It’s ok to share someone’s good news, but sometimes people take it too far.  We need to keep some things to ourselves, especially if it is not our information to share.  Our love for others will help us conceal matters or avoid spreading gossip about others.

God wants His young people to do their best at everything they do, and everything means precisely that – everything.  Everything may include your work in school or your place of employment or even sweeping out the church.  God is saying to us that everything we do, do it as if we are doing it for Him.  Having this mindset will change how you feel about the task at hand.  Doing our best for God in everything is a habit we need to learn and practice.

I remember the first time the devil tempted me this way.  I was in secondary school, and a fellow student tried to tempt me to smoke cigarettes.  He was a popular guy, and the other students thought he was cool.  The devil tempted me, saying, “if you smoke, you can be cool and popular just like this guy.” Because of God’s grace, I could say no to the devil and resist the temptation.  Thank God He gives us power over the enemy!  The devil will tempt us all to do something that could lead us down the wrong path if we give in.

In the United States, most young people start smoking at 15 years old.  By the time they want to quit, the young person who started smoking is addicted to cigarettes, and stopping is extremely difficult.  The challenge I have for you is to stand against the devil and say no.  The devil does not stop with just cigarettes.  He wants to move a young person toward other drugs that are also addicting and much more dangerous.  The devil always begins with a temptation.  “If you do this, you will be popular, and people will respect you.” The bribe with the temptation is always a lie.

The Bible does not specifically mention LSD, heroin, or ecstasy, but the Bible does instruct us to do everything in the spirit of God.  So, if you say to me, the Bible doesn’t talk about drugs, I say it does.  There is one drug that has been around century after century – alcohol.  Did you know that God prohibits His people from being drunk?  Alcohol has destroyed many lives and continues to destroy lives today.

Paul is exhorting us not to get drunk with wine but to let the spirit of God fill us.  If we do anything that confuses our thoughts or causes God’s spirit to leave us, that action is not of God.  Stay away from substances that confuse your thoughts, making you more vulnerable to sin.  All drugs can confuse people’s minds.  If you are on these drugs, the spirit of God cannot be within you.  Most people try to put drugs in two categories — drugs or alcohol.  But these two substances do the same thing.  They confuse the users’ thoughts and cause them to behave ungodly.  Other people say a little bit does not hurt, but it is more important to know what the Bible says on this topic.

Someone given to drugs will be found poor in poverty, meaning they will have nothing in the end.  However, this is not what the devil tells the young people when he tempts them.  He does not want to say to you in the end; you will be in rags, broke, without friends or family.  Instead, the devil wants you to think you will be the life of the party.

The devil will tempt you to try things, not of God, but if you give your heart to God, He will give you the strength to say no to all temptations.  Reject all things the enemy tempts you with and stay with the good things of God.  The benefit is you will still have your family, you will be in your right mind, and in the end, you will be in the right spirit and connected to God.